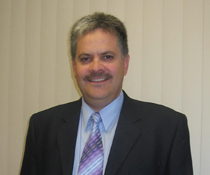 Sam is originally from South Africa, where he qualified as a solicitor in 1983.  Originally a prosecutor, he entered private practice in 1987, establishing his own firm in Cape Town in 1990.  The firm, still carrying his name, continues to practise successfully.

Sam came to New Zealand in 1993, and to Te Kuiti in 1994, joining Wally Bain in partnership in 1996.  One of two partners at the time of the firm being established, Sam is now the sole Principal.

Outside of the office Sam enjoys participating in and watching sport, and is a former chairman of the King Country Rugby Union. He is still involved in the Judiciary of the Union. He is married to Linda, and has one daughter, Amy.